Having watched this video many times on all kinds of platforms over the past week or so and read hundreds of comments, some positive, some funny and some negative, we are motivated to note down some general observations and thoughts: 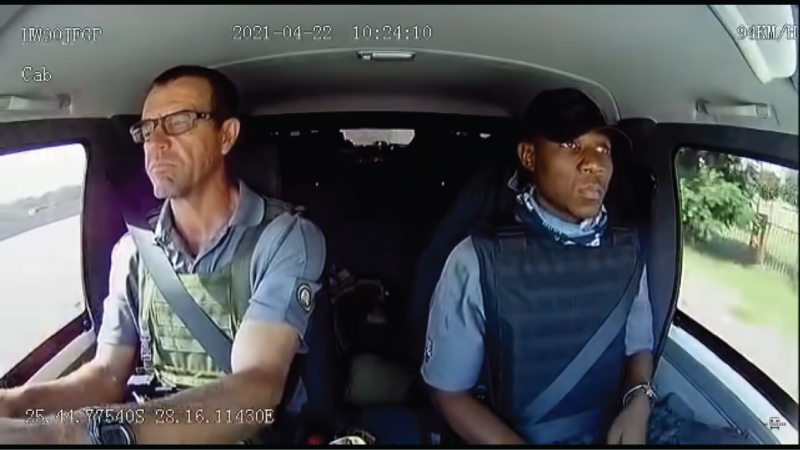 DRIVER LEO PRINSLOO HAS BEEN HAILED A HERO AFTER FOILING AN ATTEMPTED ROBBERY.

Firstly, this kind of incident is sadly a regular occurrence in South Africa, so the training, awareness and attitude of anyone operating in the security industry here has to be based on a belief of “when, not if”, they will experience some kind of incident. This is not the case in all countries, but it is here in SA.

Many such incidents that we see result in a far worse outcome than this, and the positive outcome here is due entirely to the exceptional skills, reactions and attitudes of Leo Prinsloo and Lloyd Mtombeni.

Although this particular incident involved an attack against a vehicle transporting high-value goods and the vehicle escorting it, similar tactics can be and are used to attack VIP vehicles and motorcades. Many of which could possibly be overcome with the same defensive tactics.

In South Africa, attacks against ‘normal’ people, in normal vehicles occur even more often than cash in transit attacks and assassination attempts against high-profile people. Although the form of the attacks may differ, the same levels of awareness, combined with training and application demonstrated here, can and will save lives.

As mentioned, we have read hundreds of comments on this video over the last week, many positive but some negative, criticising one or other aspect of the actions taken. Our response to the comments of the keyboard warriors and wanna-be’s is; that we as an industry should be proud of the actions of Leo and his partner. They dealt calmly and effectively with the situation as it appeared and adapted as the threat evolved with controlled aggression.

Those glasses of Leo’s did not provide him with some kind of ‘magical hindsight’, only a clear picture of a life-threatening situation developing in front of him at that very moment. There was no time for hesitation or panic, only to react to the situation as it developed, and in our view he did so superbly. NSA Global offers our congratulations and respect to all involved!