A TACTICAL RESPONSE TO RESURGENT TRUCK HIJACKING IN SOUTH AFRICA

The SA Police Force as it was known then, established “Truck Hijacking Units” comprised of experienced detectives in the early 1990s, to deal with what was seen as an increasing scourge, and one following on from a rise in vehicle hijackings; something that we still know today. 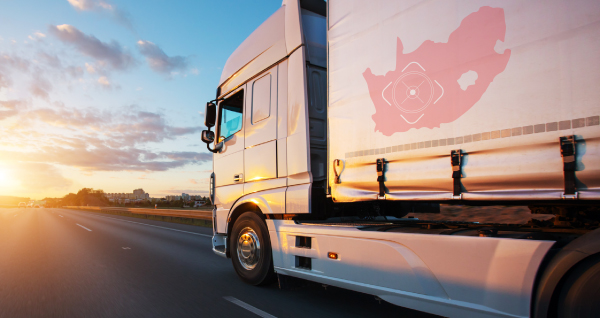 The hijacking of trucks was lucrative then and it still is today, for the obvious reason that trucks carry cargo and certain cargo can be extremely valuable. Whether it is manufacturers or importers of electronics, fast-moving consumer goods (FMCG), or the plethora of couriers and online retailers out delivering purchases to consumers; trucks are relatively easy prey. Especially for well-resourced and well-informed criminals with sufficient firepower and in some cases, military training.

So what to do?  Whilst satellite tracking has been used by transport companies for many years, this is rarely an effective deterrent and many logistics, transport, courier and delivery companies have increasingly moved toward a more pro-active and preventative ‘tactical security’ solution, meaning that teams of highly-trained and properly equipped private security professionals are tasked with protecting those trucks and their cargo. Banks have been employing this solution for decades, since 1986 in fact, as South Africa has a comprehensive “Cash-In-Transit” (CIT) industry. The private CIT security provider SBV is in fact an anagram of Standard Bank, Barclays and Volkskas (now Absa) as those banks provided the funding for its establishment, as did Nedbank, the fourth of the ‘Big Four Banks’.

As is the case with CIT, the targeting of trucks that operate in the space referred to above relies heavily on surveillance and the ubiquitous “inside information” we all talk about in policing and security circles. And criminals and crime syndicates conduct such surveillance and procure such information. Schedules, timings, details of cargo and that of drivers that have been paid or otherwise influenced by criminals, is pure gold for crime syndicates.

Without giving any tactics away, the private security Tactical Support Teams (TSTs), such as those provided by NSA South Africa, deploy daily with the knowledge of what we’re up against. It’s serious work for serious professionals which requires up to date, accurate intelligence, highly trained operators and effective tactics.

The deployment of these Tactical Support Teams to provide secure escorts to trucks and cargo should always be pre-empted by the analysis of intelligence insofar as it relates to historical incidents on the routes being utilised. The identification of trends, specific risks, known/potential threats and hot spots of criminality allow for an operational plan that focusses on avoidance as a primary counter-measure. As the saying goes – a problem avoided is a problem solved.

With the aforementioned planning phase being the first component in the provision of an armed escort of valuable cargo; the second is the deployment of highly trained personnel with the skillset and equipment to face what is conceivably the worst-case scenario – an attempted hijacking or attack on the convoy.

This is where many security service providers fall short. Often, their officers on the ground operate purely in a ‘response’ capacity, with little to no emphasis on detecting potential threats before they manifest into hostile actions. They are not trained to identify pre-threat indicators and adapt their tactics accordingly, and as a result, become an easy target for heavily armed criminal syndicates who have the element of surprise in their hands. TST Officers should always seek to be proactive. If they only become aware of a threat when a hostile action is already unfolding, the odds of successfully protecting the cargo decrease significantly. With this in mind, it is the obligation of the service provider to ensure their staff are continuously put through job-specific training that incorporates reviewing emerging trends and evolving counter-measures.

In summary, the deployment of armed officers in a reactive capacity is not enough to combat the scourge of truck hijackings, in a day and age where criminals are more calculated than ever before and often have the advantage of inside information at their disposal. To that end, any such deployments need to be driven by intelligence, supported by extensive training of the personnel deployed and augmented with technology as a force multiplier to ensure a holistic solution is delivered.

Just as crime is opportunistic, has always evolved and will continue to do so, so NSA stands at the forefront of properly delivered and considered private security response, providing our clients peace of mind and continued successful, on-time delivery of whatever cargo of theirs we are asked to protect. And we deliver precisely that!

NSA Global Security Consultants offers a range of security risk management and security consulting services ranging from an elementary security survey to the development of bespoke turnkey security solutions. These services encompass threat and risk assessments, operational security reviews, security systems designs, policy and procedure writing, and training and skills development. It encompasses the protection of premises and intellectual property to the recovery from fraud, leadership failure, governance weaknesses or corporate mismanagement. We are dedicated to providing advisory and consultancy services to protect our clients’ strategies, operations, resources, reputation and property; both intellectual and physical.

Email us at info@nsa-global.com for more information.

Useful security contact numbers to keep on hand when travelling in South Africa: