WE ARE IN PYEONGCHANG FOR THE 2018 WINTER OLYMPIC GAMES!

As the XXII Winter Olympics in PyeongChang, South Korea get off to a start tonight, NSA Global Security is once again proud to be involved in providing security consultancy and oversight for our client Oakley. This is the 6th time that NSA Global have provided such services, going way back to Athens in 2004. 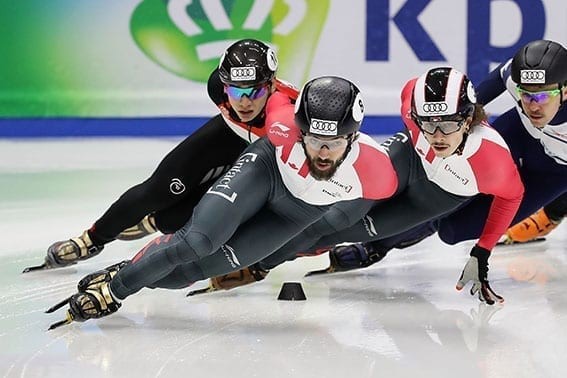 Despite the political overtones that have overshadowed the event, they have brought about the first formal talks in over two years in the DMZ at the Panmunjom Peace Village on January 9 between North and South Korea.

There is also the unlikely good news that North and South Korea have agreed to form a joint women’s hockey team and march under the same flag for a parade at the games. This in itself is a major positive step towards easing political tensions between the North and South. While peace, unity and diplomacy are surely the champions of this year’s Winter Games, the security planning for the event: with thousands of athletes, officials and high-profile people arriving in PyeongChang, approximately 180 km’s east southeast of Seoul; will see a massive security presence of 60,000 together with special operations forces on standby and a further 15 000 volunteers. This deployment to guard malicious activity or attacks on the Games and/or visitors to Korea will be complemented by interceptor drones to capture rogue drones, technology to monitor the air for possible biological/chemical attacks and aircraft equipped with facial recognition scanners. The security forces are fully prepared for any potential terrorist attacks, including cyber terrorism, which is probably the principal threat to this event. There are also several thousand hidden underground shelters in the event of an attack.

Compared to Rio, these Games are way lower risk and the general good-naturedness of the Korean people bodes well for a successful time in PyeongChang. That said, language and communication can be challenging and it’s always a good idea to keep your guard up and take sensible, basic precautions like:

The incredible thing about an Olympic Games is the way they always rise above whatever challenges present themselves, whether that be drugs in sport, a mediocre host city, unfinished venues, poorly planned public transportation or whatever; there’s just something inspirational about having the world’s best athletes and officials in the world across every discipline, in one place every four years. The spirit envisaged by the ‘father’ of the modern Olympic movement, Baron de Coubertin and captured in his ideal as, “The important thing in life is not the triumph but the struggle, the essential thing is not to have conquered but to have fought well,” truly lives in the faces and results achieved by Olympians at each consecutive Olympiad. One only has to think of the many, many images and memories conjured by these unique Games – the ‘Chariots Of Fire’ music and imagery, Josiah Thugwane winning Olympic Gold in Atlanta in ’96 and gesturing for the new South African flag so that he could honour Nelson Mandela, Sir Steve Redgrave’s five golds at five consecutive Games (that’s 16 or 17 years at the top!), Michael Phelps’s haul of 28 medals, 23 of which are gold, Jesse Owens embarrassing Hitler in Berlin in ’36, Jon Carlos and Tommy Smith’s clenched fist salute in Mexico ’68 or Daley Thompson’s ‘decathlon double’ in 1980 and ’84, and so many more – this is an event we all must celebrate!

What will  PyeongChang 2018 add to all that…