PRIVATISATION OF POLICING IN SOUTH AFRICA – IS IT REALLY A CHOICE?

It’s widely accepted that almost every resident of South Africa has fallen victim to some form or degree of crime at least once in their lifetime. Some crimes are reported, and some simply ignored, but it doesn’t change the fact that it was crime. 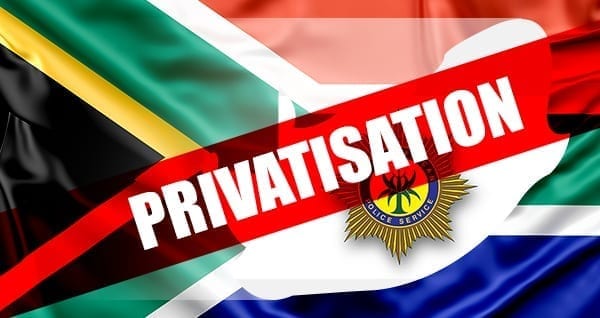 The government is in a bit of a spot, where something needs to be done, and done soon to protect its citizens and businesses from the diabolical scourge of crime in our country. Along with the stance of the economy and our unemployment statistics, it’s no surprise that the electorate in South Africa feels that the government lacks the ability to properly secure our country. With a total of over 2 million crimes in reported 2018, we ask whether it is perhaps time to privatise policing in South Africa?

When looking at public safety and also the private security sector, some interesting and frightening statistics appear. According to the 2018 Crime Stats SA report, this is what happens in South Africa on a daily basis, with the majority of these crimes never being solved: 56 murders, 885 assaults, 518 robberies and 200 business burglaries. Per day. Some of the victims don’t even bother to report a crime incident with 43.1% of households reportedly considering that reporting a crime is an exercise in futility, with a further 25% not reporting crime due to (the perception of) bribery and corruption within the South African Police Service.

What does all this cost at the end of the day?

The annual salary of a police officer, according to the SAPS annual report, ranges from R151 000 to a staggering R1.2 million, while according to PSIRA, security officers (mainly in the guarding sector) earn a baseline of R50 000 to R66 700 per annum. Private security officers are paid based on the geographical area in which they work, as well as what their roles and responsibilities entail,  earning them between R4160 and R5558 per month. There is no difference in SAPS police salaries based on geography.

The question therefore becomes whether it is feasible to swear-in and utilise the more than two million trained security officers not in full-time employment? ‘Boots on the ground’ and ‘bobbies on the beat’ certainly have their merits as the lack of visible law-enforcement is a constant cry from our people, and two million new jobs would be a massive boost to SA’s unemployment statistics. Coupled with newly injected enthusiasm and passion, such an initiative could be the shot in the arm that our police numbers so desperately need. How this significant new workforce would be equipped, managed and deployed is the obvious big question.

The next question is how do we alter the current poor state of personal security in South Africa, including all the excellent gender-based violence and other crime-fighting initiatives, so that they move beyond rhetoric and talking heads to real action?

Theories abound on how to achieve this: doubling sentences for police officers convicted of crimes, stronger incentives and whistle-blowing initiatives for cops at all levels to ‘out’ their colleagues complicit in crime or corruption, and recruiting from the plethora of young, enthusiastic and passionate young matriculants and graduates unable to find formal employment, are all pretty obvious initiatives apparently currently being ignored or already discarded for some reason.

Should we open the space that is typically the sole domain of police  officers to also include private security officers, e.g. cyber and other specialised, technical security experts and investigators? By outsourcing this and other work to private investigators, many of them former cops, could it improve the detection of crime, the arrest and trial of perpetrators and increased conviction rates? Can such creative thinking and planning open doors for new businesses to surface, creating more job opportunities and driving innovation to assist in solving and preventing more crimes. The obvious benefits to doing so are the introduction of much-needed additional (or even new) expertise, the easing of backlogs at institutions such as forensic laboratories that currently obstruct and slow down our criminal justice system, among many others.

The privatisation of policing and law enforcement to any degree is a bold step for any government to take. However, private prisons and police support-services such as laboratories and research units linked to tertiary education institutions are widely practiced and well benchmarked in many modern economies.

It’s time for innovative thinking and boldness in the Rainbow Nation’s fight against crime. The political will is arguably in place if one listens to our political leaders; so, can this work?