20 YEARS OF PROTECTING LIVES AROUND THE WORLD

2019 marks 20 years, that we at NSA Global Security Consultants have been forging relationships and protecting lives all around the world. Along the way, we have been privileged to work with many memorable and iconic individuals, corporations, organisations and events. It has indeed been an incredible experience and journey. 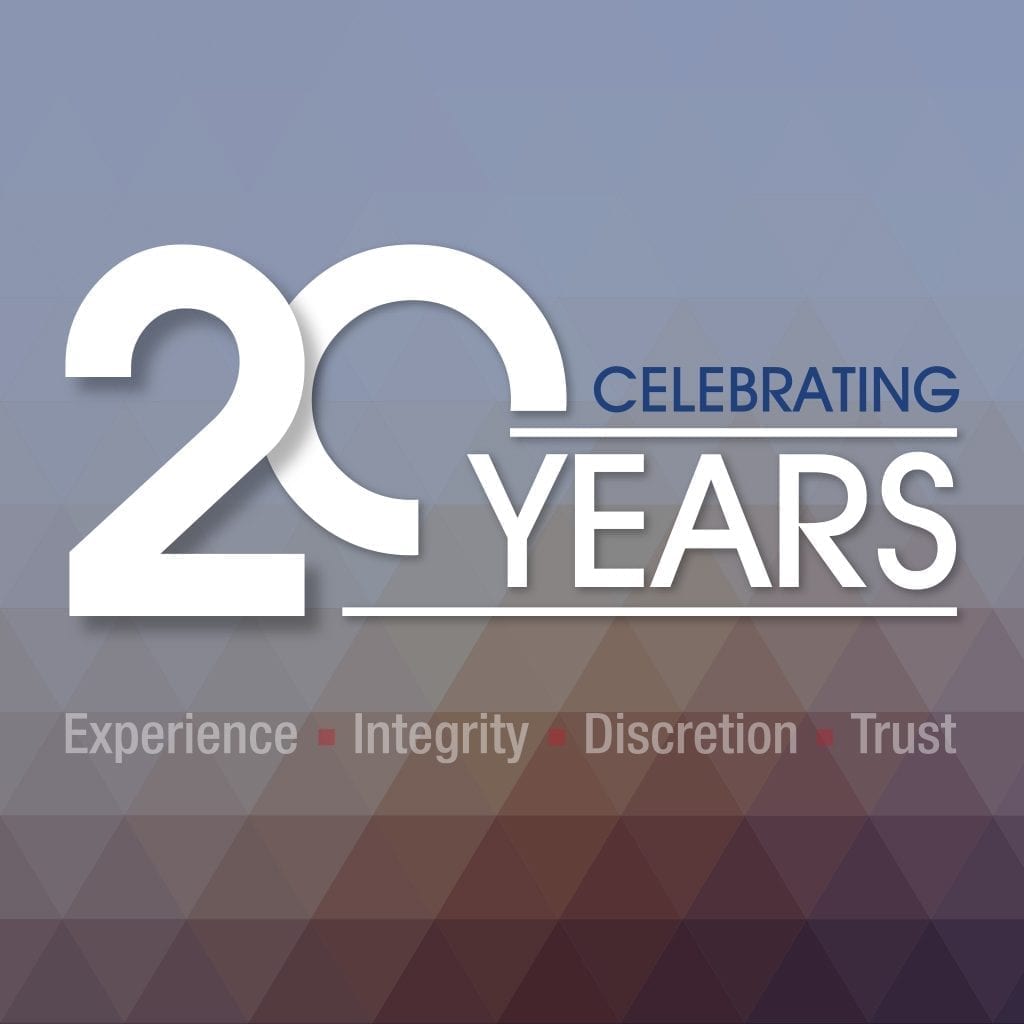 The achievements of an organisation are a result of the coming together of many individuals, who over the years, contributed to the success of the company.

To commemorate this special year, we look back at our phenomenal journey since the beginning and some of the notable milestones in our company’s history.

Founded in 1999 as Nicholls Steyn and Associates, after the acquisition of the company P3 Consultants by our founding partners Bob Nicholls and Rory Steyn, NSA Global has grown into a strong global operation over the past two decades.

The United Cricket Board of SA was to become our first ‘sporting’ client when Rory Steyn was appointed in 1999 by then MD Dr Ali Bacher, as the UCBSA’s first security consultant, to prepare for the ICC Cricket World Cup, 2003 hosted in South Africa. Our role also included the protection of the Proteas team and of all international cricket teams and match officials visiting South Africa, which continues to this day.

Rory went on to become personally involved in the establishment of the ICC Anti-Corruption Unit (ICC ACU) under Lord Paul Condon.

In 2000, we signed on Boeing and Coca-Cola as new clients, a formidable accomplishment for a relatively new company. One of our initial projects with Coca-Cola was to plan and manage the security of a high-level conference to Europe, on board The Silver Whisper, a luxury cruise-liner, where both of our directors ensured the safety of a high-profile passenger list, including the likes of Nelson Mandela (together with the Presidential Protection Unit), Diana Ross, Sugar Ray Leonard and the then Coca-Cola President and CEO.

During the early 2000s, pharmaceuticals giant Pfizer became a new client and over the next 10 years we worked with them on multiple, regular trips to Africa.

In 2002 we were privileged to be appointed to manage the security of the ‘Christmas Kindness’ project in South Africa.  This assignment involved months of planning to ensure that Christmas gifts could be delivered to 50 000 schoolchildren and orphans in Soweto, then remote areas of Kwa-Zulu/Natal province and Umtata in the Eastern Cape. This was truly a project that every person involved in, will never forget; where we literally witnessed big, burly, grown men cry.

2003 marked a historic change in our company’s management when Jaishankar Ramchandran, joined NSA as a shareholder and financial director. Jai brought with him  more than 30 years of experience in international strategy and financial management, thus complementing the company’s positioning and offering.

In 2003 we also made our first of a number of trips to Pakistan to conduct security assessments for a proposed Proteas cricket tour there, the first cricket tour to that region post the Second Gulf War, and we then provided security to escort the team during the tour.

In 2005 we were appointed as consultants to the Security Director of the ICC Cricket World Cup, West Indies, in association with Rushmans making six visits to the West Indies for the planning of ICC CWC 2007.

2005 also saw us working with the first Basketball Without Borders event with the NBA, which set the stage for continued relationship with the NBA to date.

In 2006 we were appointed by the ICC to initially conduct assessments and then to deploy experienced staff to oversee the security of all teams involved in the ICC Champions trophy tournament in India.

Our directors Bob Nicholls and Rory Steyn also travelled to Hollywood for the first time in 2006, having been appointed as consultants to The Academy Awards, one of the highest profile events in the world. Our role was to provide training to the excellent security staff (mostly off-duty LAPD officers) who secure this event, to work the event with them and then provide an assessment of the security arrangements on completion of the event. Our relationship has continued to this day, with either Bob, Rory or both attending almost every edition of the Oscars since.

In 2006 NSA Risk Management Services (Pty) Ltd was formed in partnership with Claude Baissac, a former Kroll employee. This division would focus on strategic, geo-political risk together with private investigations and security audits.

Between 2007 and 2011, we were security consultants to the Vodacom Challenge soccer tournament, an event that every year featured matches between Kaiser Chiefs, Orlando Pirates and an English team including Manchester United, Tottenham Hotspur and Manchester City, in different South African cities.

In 2008, we were approached by the Board of Control of Cricket in India (BCCI) to plan and provide all team security for the brand new Indian Premier League (IPL) cricket tournament, which has since become one of the largest sports events in the world. We continued in this role for the next eight years.

During 2008, seven members of NSA under the leadership of Bob Nicholls were responsible for saving approximately 150 guests from the Taj Mahal hotel during the much publicised ‘Mumbai terror attacks’, now known as “26/11”.   This event and our team’s actions received worldwide coverage and recognition at the time and in the months that followed.

In 2009, we were again appointed as security consultants to the organising committee of the ICC cricket world cup, held in India, Sri Lanka and Bangladesh in 2010.

Starting at the Summer Olympic Games in Athens 2004, Beijing 2008, London 2012, Rio 2016; the Winter Olympics in Vancouver 2010 and PyeongChang 2018; we have provided security consultancy and oversight for our clients Oakley and Coca-Cola SA.

In 2010 our home country, South Africa welcomed more than 3 million football fans from around the world for the 2010 FIFA World Cup. NSA was proud to be a huge part of the security details for the event’s Global Partners. We deployed around 400 protection personnel in support of three of FIFA’s Global Partners, viz.: Coca-Cola, Sony and Visa.  It was a huge privilege to be involved with such an iconic event in our own country and the experience of our management team ensured that we were able to address the demands, logistical and organisational challenges in a project of this scale and to provide a safe and memorable experience for all of our clients.

Our success in this event and the experience gained, has resulted in our involvement with these and other clients, including Continental and Adidas in subsequent FIFA tournaments in Brazil 2014 and Russia 2018.

Also, on home soil, NSA Global provided personal security to Adam Sandler and Drew Barrymore at Sun City for the filming of ‘Blended’ a Happy Madison and WB production in 2013.

Between 2008 and 2019, we have provided security consultancy, training and security services to a number of India’s highest profile families and organisations, resulting in the deployment of a number of specialised staff in India, the UK and USA.

During this period we also launched our specialised medical service, resulting in the deployment of a number of highly experienced Paramedics dedicated to our clients.

Due to the ever-increasing demand in India for high quality security services, we took a decision to bring 8 of our India and Nepali staff to South Africa, to spend 2 weeks training with our instructors and learning “The NSA Way”.

We have over this period continued to high level security support to existing and new clients in an ever expanding number of territories.

In 2017, we underwent a name change and a massive brand overhaul. Our old name ‘Nicholls Steyn Associates’ had been over the years a fondly abbreviated to “NSA” by our clients. Motivated by this and our global growth, we decided to officially rename the company as ‘NSA Global’ and to adjust our logo and branding to recognise this.

From the Cricket World Cup to The Oscars to the Summer and Winter Olympics; the numerous individual clients and events that we have worked with, our projects over the years bear testimony to the hard work and dedication of our teams and our culture of customer service. Our success has been built on integrity, discretion, trust and the commitment to professionalism, competence and passion when serving our clients.

We recognise and acknowledge the contributions of all our past and present employees who have been a part of this remarkable story. In tribute, we remember our two fallen colleges Marius Potgieter and AJ Zaayman, who contributed greatly to the success of our company.

To our loyal clients who have supported our success we would like to take this opportunity to thank you. We look forward to making more memories with you in the years to come.

What an exhilarating journey it has been thus far!